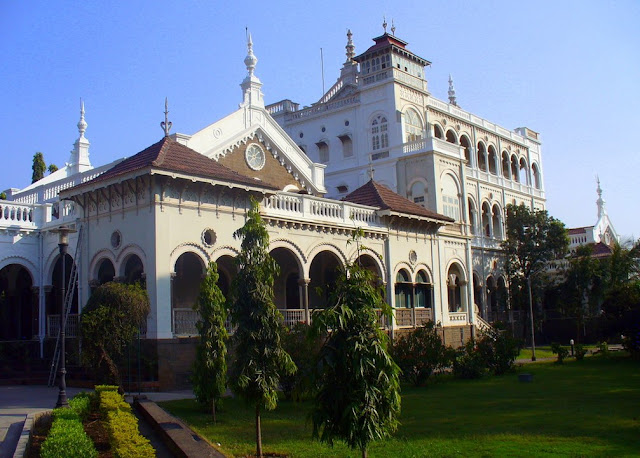 The Aga Khan Palace was built by Sultan Muhammed Shah Aga Khan III in Pune, India. Built in 1892, it is one of important landmarks in Indian history. The palace was an act of charity by the Sultan who wanted to help the poor in the neighbouring areas of Pune, who were drastically hit by famine. 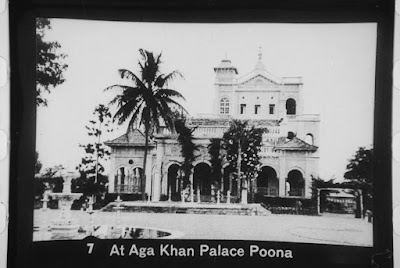 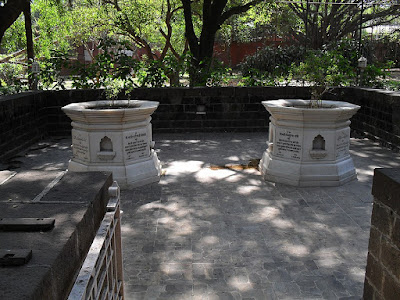 Aga Khan palace has Italian arches and spacious lawns. The building comprises five halls. It covers an area of 19 acres (77,000 m2), out of which 7 acres (28,000 m2) is the built up area. The palace captivates the eye of a spectator with its magnificence and picturesque architecture. It took 5 years and an estimated budget of ₹1.2 million (US$17,000) to complete this Palace. The area of the ground floor is 1756 m2, that of the first floor is 1080 m2, whereas the second floor has a construction of 445 m2. The speciality of this structure is its corridor of 2.5 meters around the entire building. Prince Karim Aga Khan donated this palace to Gandhi Smarak Samittee in 1972 and since then Parks and Gardens organisation is maintaining it.