Sinhgad Fort is a historical and tourist place near pune city. 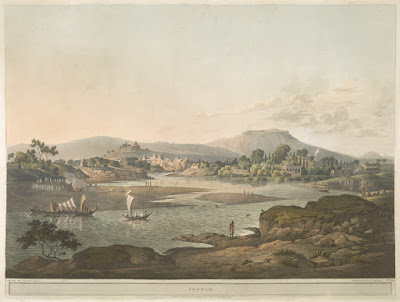 Sinhagad (also known as Sinhgad) is a hill fortress located at around 35 km southwest of the city of Pune, India. Some of the information available at this fort suggests that the fort could have been built 2000 years ago. The caves and the carvings in the Kaundinyeshwar temple stand as proofs for the same.

Previously known as Kondhana, the fort had been the site of many battles, most notably the Battle of Sinhagad in 1670. Perched on an isolated cliff of the Bhuleswar range in the Sahyadri Mountains, the fort is situated on a hill about 760 metres above ground and 1,312 metres above mean sea level.[citation needed]
-
The Sinhagad (Lion's Fort) was strategically built to provide natural protection due to its very steep slopes. The walls and bastions were constructed only at key places. There are two gates to enter the fort, the Kalyan Darwaza and Pune Darwaza which are positioned at the south east and north-east ends respectively.[1] The fort was also strategically located at the centre of a string of other Maratha occupied forts such as Rajgad Fort, Purandar Fort and Torna Fort.